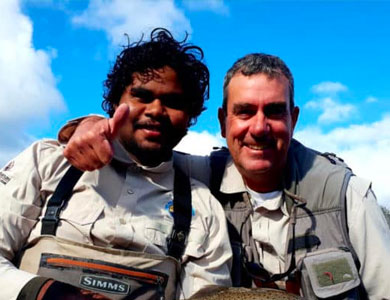 Bryce Curle has been a Senior Guide with Cattle Rustlers Lodge and the Reynolds family since 2003.

Since 2017 he has offered his enormous skill set to the JIME Program.

All guiding costs associated with JIME are waived by Bryce and his pro bono efforts are having a huge effect on the Indigenous Students he mentors. His understanding of the technical and environmental aspects of fly fishing the rivers of the North Island of New Zealand are invaluable.

Kurtley represents Australia at an international level and has the ability to play many positions.

In 2011 Kurtley received the John Eales Medal, awarded to Australian rugby’s best player of the year.

Kurtley has had a long association with the Reynolds family, having supported the Tiwi Project for 10 years.

He has significant influence across Indigenous Australia, and in 2018 started his own Beale Army rugby camps for Western Sydney.

He recently designed Indigenous training jerseys for schools across Sydney which featured the JIME logo incorporating the Projects marlin, groper, octopus and tuna. 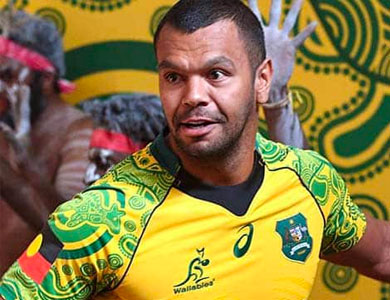 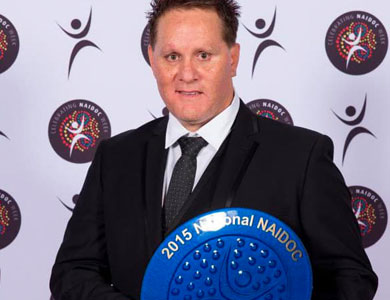 Daren Dunn is an Aboriginal man of the Gamilaroi Tribe – Coonabarabran, NSW Australia. A Koori man with a passion for living, people, art, culture, health and wellbeing. Daren’s love for life, energy and creativity have been evident since childhood and have been expressed and captured in his visual are and performance.

Daren has worked closely with the Hayden Reynolds Foundation and Macquarie Bank for 15 years.

His work facilitates fundraising and also features in many of the Banks corporate boxes in Sydney and Brisbane.

We feature here his latest work which will help fund an all Indigenous cast in the Sydney festival production of “The Black Cockatoos.”

Craig McGill is an experienced fishing guide and photojournalist. He has fished for 35 years, including a two-year non-stop fishing odyssey around Australia. He has also fishing Papua New Guinea and New Zealand.

Craig has a long history with the Hayden Reynolds Foundation and the JIME Project.

He recently hosted JIME’s outstanding Tiwi Guide mentor Anthony Guy and has spent the last year tutoring Cody Walker from the Waratahs as a Junior Guide.

Craig is a long term positive influence for the Project. 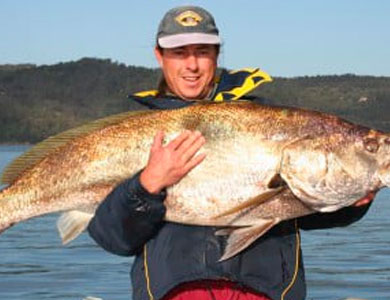 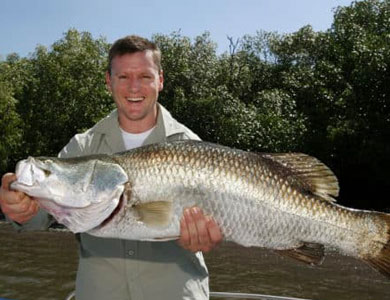 Matthew Burke is an Australian former international rugby union player and sport presenter on Sydney’s 10 News First. He was considered to be the best rugby fullback in the world in the late 1990s.

Matthew was a director of the Hayden Reynolds Foundation for 10 years. He was part of a private group who raised $4 million to enhance the lives of the children of the Tiwi Islands.

In 2019 he will MC an event as the Ensemble theatre to raise funds for the play “The Black Cockatoos”.

We are very pleased he has accepted a role as ambassador for the JIME Program.

He is also an outstanding angler, with multiple big barramundi to his name.

Anthony Lorenzo is our most sea worthy graduate to date.

He graduated from the Tiwi College in 2017, and started training immediately with Tiwi Islands Adventures.

He had been previously employed with the Hayden Reynolds Project within Tiwi College.

Having attained his Coxswain’s Grade 1 NC licence in 2018, he now captains his own boat via the Melville Island Lodge in Milikapiti on the Tiwi Islands.

He has had trips to Sydney, Melbourne, Darwin, North Island NZ, and this year will join JIME CEO Jason Ryan on a Shimano scholarship to Florida and Alaska.

A mature young man, and a future leader in the Tiwi islands. 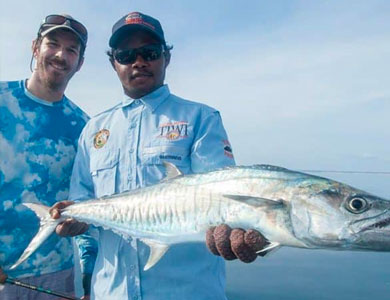